Did you know that digital Aadhaar card or ‘e-Aadhaar’ can be used just like an Aadhaar card in physical form? Yes. This was said by the UIDAI or Unique Identification Authority of Indiaon microblogging site Twitter. E-Aadhaar is a digitally signed, verifiable document “as valid as the Aadhaar letter delivered by post”, said the UIDAI, the issuer of the 12-digit Aadhaar number – also known as Unique Identity Number (UID) – as well as Aadhaar card. “You can use e-Aadhaar as your Aadhaar letter,” the UIDAI said. The Aadhaar card-issuing body also shared a link to its website, uidai.gov.in, which provides assistance to Aadhaar card holders and applicants.

“E-Aadhaar is as valid as Aadhaar letter… It is a digitally-signed legally valid document as per the Aadhaar Act 2016,” said the UIDAI.

This facility requires the user to enter any of the three numbers – UID, EID or VID – along with details such as full name and PIN code. 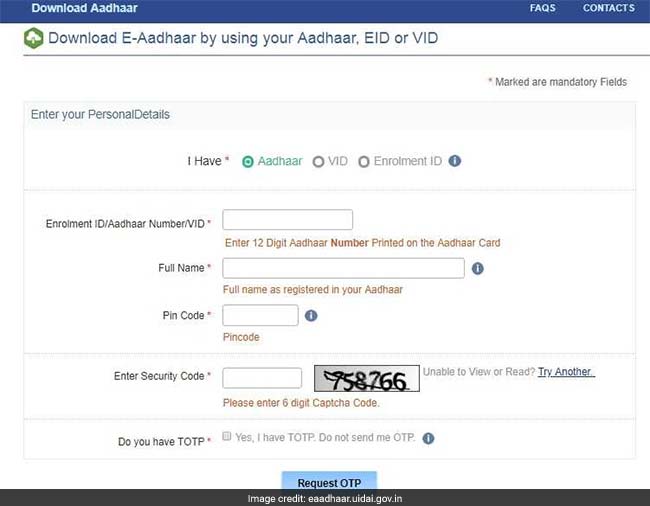 The facility works on an OTP- or one-time passcode-based method wherein the identity of the user is verified by an SMS sent to the user’s mobile number registered with Aadhaar. “Your personal details will help us for authentication,” reads a message by the UIDAI portal.

After entering the required details, the user may proceed by clicking on the ‘Request OTP’ button.

In the next step, the user is required to submit the OTP received via SMS. This OTP is sent by the UIDAI on the mobile number registered with Aadhaar. The user may click ‘Download Aadhaar’ after entering the six-digit OTP in the given field. 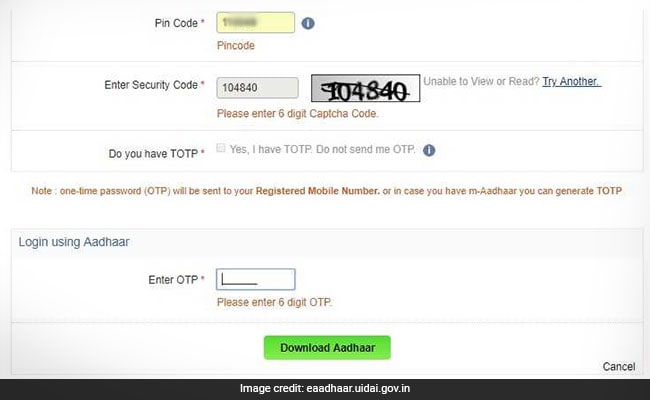 The UIDAI portal leads the user to his or her Aadhaar card. This digital Aadhaar can be saved on a computer or emailed.

Other than SMS-based OTP, the ‘Download Aadhaar’ tool also works with TOTP or time-based OTP. A TOTP is generated by an algorithm through mobile app mAadhaar and is valid only for 30 seconds. It is a way to circumvent the traditional SMS based OTP.

Meanwhile, the UIDAI has set up a dedicated Twitter handle to address customer queries. Users will be able to reach the Aadhaar Help Centre via Twitter handle ‘Aadhaar_Care’.

Link SBI’s Bank Account With Aadhaar Via These 4 Methods

How to update Aadhaar details in post office or bank?

How to avail loan against Mutual Funds instantly?

What Is E-Aadhaar? How To Get It Online

How To Check Refund Status Of Train Tickets Online via IRCTC

Your Gmail hacked? Here’s how you can recover the account

How to Calculate the Tax on Your Savings Account?

How to submit Form 15H, Form 15G to avoid TDS on interest income

Tech tips: Here’s how to download your WhatsApp data

How to renew your passport in India?

zuber shaikh - What Should I Do If My Gmail Account Was Hacked?

zuber shaikh - What Should I Do If My Gmail Account Was Hacked?

ashok goud - How to check Aadhaar is active or deactivated online?